“When coming from under the influence of this narcotic, these victims present the most horrible condition imaginable. They are dispossessed of their natural and normal will power, and their mentality is that of idiots. If this drug is indulged in to any great extent, it ends in the untimely death of its addict.”

After nearly a century, and tens of billions of dollars — an approach that a Canadian Senate report recently likened to “throwing money down the drain” — the country’s war on recreational marijuana is finally over. But in many ways, it’s fitting that Canada is the first G20 country to legalize cannabis. After all, we were the first to ban it. 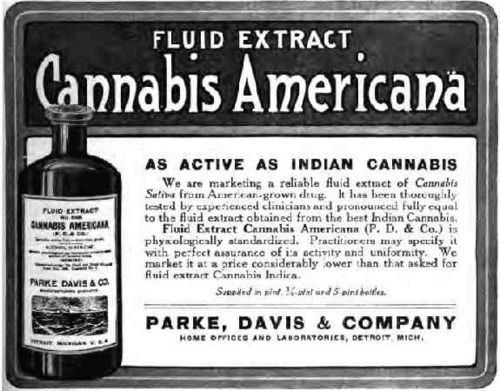 It all started with a riot. For the 40 years following Confederation, narcotic drugs were legal in Canada;  morphine and other opiates were available by prescription, and could be purchased from most local pharmacies. Patent medicines (like Coca-Cola, then sold as a “nerve tonic”) were completely unregulated; containing substances like cocaine, heroin, or cannabis, they were widely available for purchase, and were advertised as being able to treat a variety of medical conditions.

But all of that changed in 1908 thanks to two factors: Vancouver and racism.

Anti-asian sentiment was already commonplace in turn-of-the-century Vancouver; not only were Chinese-Canadians subject to serious political and economic indignities, they were also blamed for a variety of social ills — everything from taking jobs away from hard-working white people, to encouraging gambling and drug use. And, one September night in 1907, that long-simmering anti-Chinese sentiment boiled over. Roughly 800 people, organized by a group calling themselves the Asiatic Exclusion League  gathered at City Hall, and, whipped into a frenzy by several inflammatory speeches, took to the streets of Chinatown, smashing the windows of every Chinese-owned business they could find.

“When the rioters got through with Chinatown, it looked like a wreck,” the Vancouver Daily World reported, the following day. “Every Chinese window was broken.”

The riot made national headlines. And once the smoke cleared, then-Deputy Secretary of Labour William Lyon Mackenzie King was dispatched from Ottawa to investigate. When King arrived, he was surprised to find two opium manufacturers  listed among those seeking restitution. And as he continued his investigation, he discovered, with mounting horror, that these manufacturers “sold to white people as well as Chinese.” Prior to 1900, the smoking of opium was viewed as specifically a Chinese-Canadian vice, and was thus largely ignored. However, the corruption of white youth – and in particular, white womanhood – was a different matter altogether.

“The Chinese with whom I converse on this subject assured me that almost as much opium was sold to white people as Chinese,” King wrote, in his July 1908 report, “and the habit of opium smoking was making headway, not only among white men and boys, but also among women and girls.”

Before the end of the year, North America’s first drug prohibition laws were born. The 1908 act didn’t cover cannabis, however a separate piece of legislation drafted that same year required patent medicines containing narcotic substances like marijuana to be clearly labelled. And it’s not surprising that cannabis was overlooked in that initial bill — most Canadians had never heard of it. In fact, Canada’s first real introduction to marijuana was in the pages of MacLeans magazine.

In 1920, magistrate Emily Murphy published a series of lurid pieces on narcotic drugs — cannabis among them — that stoked the fires of anationwide moral panic. Today, if Murphy is remembered at all, it’s as one of the “Famous Five” — a group of Alberta suffragettes who won legal personhood for women in Canada. However, she was also a staunch anti-drug crusader and violent xenophobe. Murphy’s articles were chock-full of misinformation; her piece on “marahuana” was particularly inflammatory, warning that cannabis users “become raving maniacs and are liable to kill or indulge in any form of violence to other persons, using the most savage methods of cruelty”. She further claimed that narcotic drugs were part of a broader plan to bring down the white race, Asia having flooded the streets with them in order to achieve military domination (a plan eerily similar to something the British actually did to China 100 years earlier).

And her rhetoric ultimately had the desired effect: in 1923 — 14 years before the United States — cannabis was made illegal in Canada. There was no parliamentary debate. Mackenzie King — now Prime Minister — created the Canadian Narcotic Division, and stepping up the government’s war on illicit substances (in fact, Canada was so zealous that US drug czar Harry Anslinger, himself a notorious racist, actively congratulated us on leading the way in drug policy). The Narcotic Division kept detailed files on anyone they deemed an “addict”. The Toronto Star published a story in 1938 with the headline: Marijuana Smokers Seized With Sudden Craze to Kill. Yet for all the hysteria, cannabis use in Canada remained rare. Between 1923 and 1937, there were only four convictions nationwide – all for possession.

And it remained that way even into the 1960s; as late as 1964, there were just 39 cannabis arrests in the entire country. However, as the 60s turned into the 70s, marijuana was about to spark a national conversation like never before.

And just like 60 years before, it started with a riot.

Jesse Donaldson is a Vancouver journalist whose work has appeared in VICE, The Tyee, the Calgary Herald, the WestEnder, and several others. His first book, THIS DAY IN VANCOUVER (2013), was shortlisted for a BC Book Prize.

This is part 1 of our 3-part series on the history of cannabis prohibition in Canada.  Part 2 is out now, to read it click here

Latest posts by cosa (see all)

COSA Lifestyle Products is dedicated to providing the finest information and products related to the Cannabis industry.